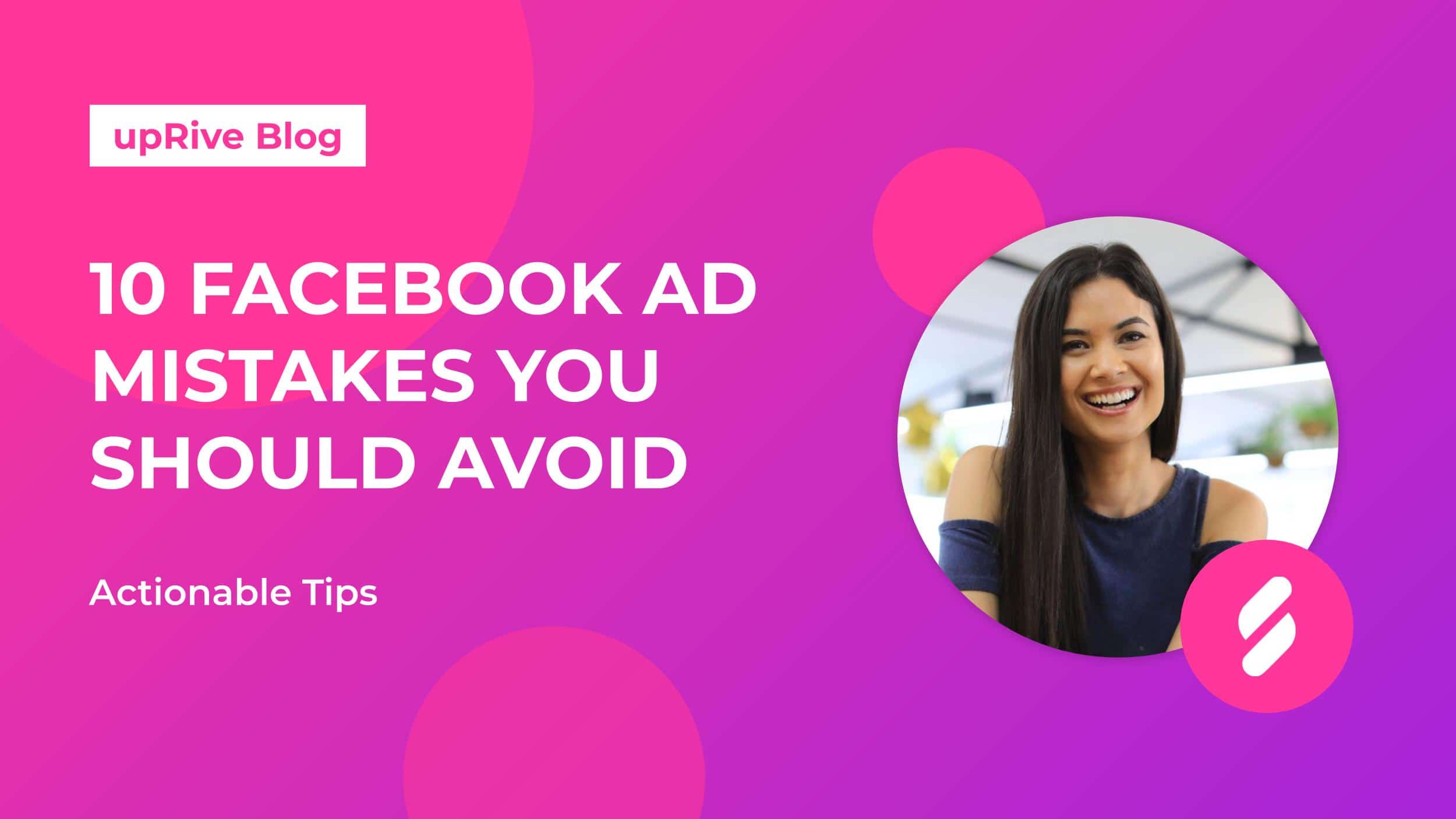 Avoid These Facebook Ad Mistakes, based on the 10 most common mistakes I have seen managing campaigns for clients.

Facebook ads can feel like you’ve just woken up after being bitten by a radioactive spider. You now have all of its powers at your fingertips. Still, you also have no idea the vastness of your capabilities–leaving you tangled in a massive web of your own making.

Facebook advertising is such a success due mostly to its endless targeting capabilities. You could target a 90-year-old man who lives in Omaha, Nebraska, and loves Easy-Bake Ovens. No other platform, at this time, even comes close to Facebook’s targeting superpowers.

To avoid getting stuck (pun intended), read these top ten mistakes for Facebook ads so you nor your budget will be left hanging.

Mistake One: Your Facebook ad has the wrong format

Usually, this mistake is made for one of two reasons. The first reason is you’ve been running your ad for a while and haven’t monitored its performance—as in, it might be time for a new format. The second reason is that you don’t understand how to choose your particular campaign’s correct ad format.

Facebook is continuously releasing new ad formats. Review the types of ads closely, select the one you believe will best fit your objective and audience, and optimize it according to the campaign’s performance.

Mistake Two: Your Facebook ad doesn’t have a goal

Learn if Facebook ads work for your brand or not. To do this, you need to understand the metrics to which you hold them responsible. You could monitor several different activities in Facebook advertising ROI, such as:

Always be mindful of your particular objective. For example, constructing brand recognition–evaluated in the volume of Facebook page supporters –might be more essential if you are a fresh brand. There is always the critical task of assigning revenues to particular traffic (such as Facebook ads), which implies that it is not inherently an alternative for beginners.

Having a goal is what matters most. Stay precise with your plan. Earning one hundred fresh “Likes” every three weeks, for instance, is a great starting point. Monitor it frequently to guarantee that your cash is invested correctly.

Mistake Three: Your audience has tuned you out

Deciding when you’ve reached the saturation level is challenging. One red flag is decreasing engagement, which does not increase when you zero-in on your targeting. If you think you’re overloading your audience, stop your ads for a little while and start them again.

People use Facebook for winding down and for socializing—basically like a cocktail hour if you will. They do not want to be bombarded with advertisements. If your ad pops up too much, they will be overexposed and create an opposite reaction.

The rule here is simple: No more than 20, but have at least five ad sets.

If you have too many, you will have wasted your time since Facebook will likely give one adset precedence. Therefore, the other gazillion ads you created were for nothing.

Mistake Five: Your Facebook ad’s audience is too broad

Don’t kill your brand or your budget by targeting many people who don’t give a flying hoot.

Target your ideal customers. Take time to think about them and what they like. It’s kind of like dating someone. First, you need to define who you’re looking for, and second, you need to learn about them to impress them.

If your engagement is low, look to this area first.

Layer on targeting criteria one by one and monitor your ad’s performance closely to know when you’ve hit the sweet spot.

Mistake Six: Your ad has no point

You made an ad to sell something–not to waste your time or money. Get to the point. See if your ad passes the grunt test. If a caveman looked at your ad and knew the basics of your language, would he be persuaded to buy? Is your ad long-winded? Shorten it. It needs to be short, sweet, and to-the-point.

The best ads are no more than fourteen words! Don’t list everything about your brand. Think of yourself as an old-time newspaper person, ringing a bell and shouting out the headlines in the middle of town. Essentially, that’s precisely what you’re doing.

Mistake Seven: You’ve said too much

If you haven’t picked up on the importance of brevity by now, you may want to hire someone to do your Facebook ads for you. Just because we said the best ads have fourteen words doesn’t mean to add all the words you want to your image or video.

In fact, Facebook hates–nay, it loathes–images ridden with text. It’s best to avoid it. If you have to have text, make sure it’s only your small logo or one to two words.

Even though Facebook allows more text in images, it doesn’t mean you add it.

Some marketers, especially new ones, have trouble setting up their first ad campaigns simply because an image is the wrong size.

Unoptimized images are the worst. Avoid these Facebook ad mistakes and always check with Facebook’s image size recommendations, so your ads don’t come out with two heads or something.

Do not show a risque picture that is not related to your product or service only for the views.

Balance is critical here. The difference between a dull image and a stunning image could be in the free app’s editing features.

Pro Image Tip: Using bright, warm, vivid colors is entirely different than Facebook’s snooze-fest blue, white, and grey. If you use images with these colors, your ad will pop against the Facebook feed.

Mistake Ten: You are not split-testing your ads

Test until you think you can’t test any more, and then test some more. We mean it.

Test by having a control ad. In the second split-test ad, change one variable. If it’s a winner, make that ad the new control ad and test a different variable on the second.

When you Avoid These Facebook Ad Mistakes you should see improved results.

If you need help with split-testing, upRive makes everything dealing with Facebook ads, including split-testing, super simple, and manageable. Check it out FREE for 14 days!

Samy Zabarah is the creator of upRive. He also founded FUBSZ LLC, a Facebook ad management service based in Florida, USA, where he managed ad accounts for over 350 clients worldwide.